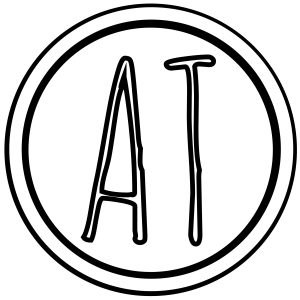 Task
Create a missing person out of your cabinet of curiosities.

A summer task was set to create a cabinet of curiosities which helped us form the base of our project. As a group, we put presented our cabinets and picked apart similar things in order to create a person and their personality. Things brought forward from everyone’s cabinet was an interest in astronomy, photography and travel, and there were common dislikes such as crowded placed and insects. This helped build up our character which aided us in creating a full biography on them such as gender, age, occupation and more.
We also did research into existing TV programmes and films to help aid in ideas.

Looking at our cabinet we figured that it would be interesting to make the character autistic which could be a factor in why he went missing. Branching off the main character, we started to think about the people closest to him which were his mum and counsellor/therapist. There were also characters such as a bully and his dad who left before he was born therefore Connor lives with his mum. The characters helped create the background story and how he went missing.

Connor is an autistic teenager that keeps to himself as he isn’t very social or confident. He enjoys photography, collecting tickets from travels and receipts, and astronomy. In his free time, he goes to his den which he created as a hide-out place. This den is full of his pictures and collectables.

At 4:53pm Julia called the police and reported him missing. 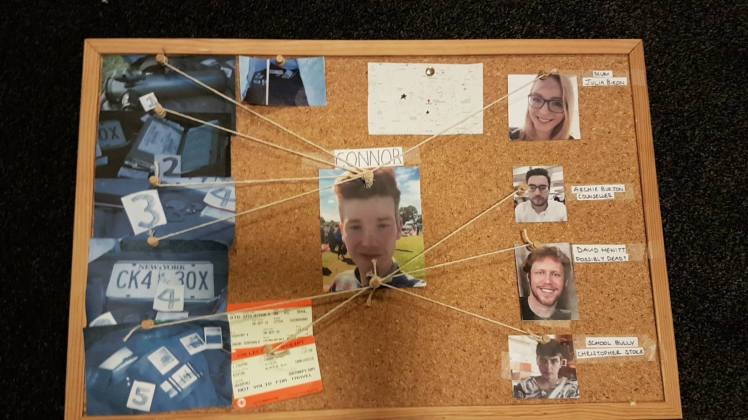 The presentation would be laid out as a police briefing where everyone gathers and talks about the case. The audience would be included within the presentation to make them feel like a part of the briefing. There was a visual of a corkboard which had a picture of Connor and the suspects as well as images of his den. It started off by the chief mentioning the case and handing it over to DCI Cardinal. He then introduced Connor, the suspects and the mothers recorded phone call to the police was then played. Following on, it was explained that Julia has recently got a new job so the school didn’t have the correct number and her mobile was switched off at work. The only way she realised he was missing was from a voicemail left on the house phone. Next, the den was mentioned to have been very messy and traces of hair and blood were found. Forensic experts figured these might be signs of struggle which lead Christopher, the bully, to be a possible suspect for Connor going missing. To argue against that, there were unused train tickets found in his den heading to London which was odd seeing as David Hewitt, the father, is dead due to a heroin overdose. There were also searches found on Connors laptop of Facebook pages, ancestral sites, trainline.com, nationalexpress.com and more which strengthened the point of Connor leaving to go find his father. Archie, the counsellor, was then accused as he knew everything about Connor and he knew the father was dead but he didn’t tell Connor.

The ending is a cliffhanger, anything could have happened to Connor… 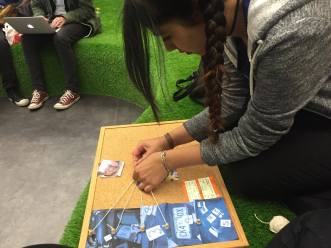